Why Salons and Stylists Should Avoid Using Groupon 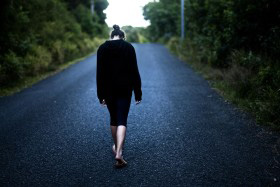 Groupon, LivingSocial and Google Offers are sites that just about all salons and stylists should be familiar with. During their peak, people used to happily, no ecstatically wait for the next Groupon email to arrive so they can get a deal on some Mexican Tapas for two at the local eatery. Unfortunately, the endless number of emails they’ve all been sending out as of late has turned what was a popular idea into something that seems as appealing as the countless AOL CD’s that offered 10,000 free hours for signing up.

That’s not to say that no one uses Groupon anymore. Some businesses still have relative success if they plan it out right. But let’s talk about who today’s Groupon, LivingSocial and Google Offer users are and why I’m so passionately against salons advertising to them.

There’s always that person that’s at the grocery store that seems to have a coupon for everything she just bought. It’s the same person thats willing to cross the highway during rush hour traffic because gas is a penny cheaper on the other side. The people who still actively open the Groupon emails are what I like to refer to as deal hunters. Their only motivation is the next best deal and the lowest price. They are non-committal, yet seem to be very difficult and demanding customers to work with. With these customers you are essentially taking a financial loss hoping to get the repeat business you never will.

It Can Piss Off Regular Customers

The idea behind these types of deals is to bring in new business. The problem is that your current customers are going to want in on the action if they hear about it (and trust me they will). So now not only are you taking a loss for each cut you give to your Groupon coupon holder, but you’re going to take a hit on the existing customers who are going to walk-in and are going to ask for a deal as well. Of course you can decline to offer a deal to your existing customers; but nothing sucks more than having your cell phone provider tell you that you can’t get a new phone at a discounted deal because you’ve been a loyal customer for 10 years and that the discount applies only to new customers. See where I’m going with it?

They Result in Negative Yelp and Online Reviews

Unless you’ve really crossed your t’s and dotted your i’s; you could potentially get hit with a wave of new customers you won’t be able to handle. Remember that your online deal purchaser is Internet savvy enough to hunt for deals, so make no mistake that they’ll also be the most likely to leave you a negative review on Yelp or any other online site due to scheduling issues, or less than impeccable service.

Referrals are so Much Better

If you want to invest in anything, invest in referrals. I’d much rather offer a steep discount to an existing customer using readily available free resources such as Facebook to bring in a referral than to go pay and get someone who I have no connection with. To me, if you have a good book of business, you need to invest more time into getting more referrals. These are the types of potential customers that you can quickly build rapport with and hopefully add to your already growing book of business.

If you do decide to use a deal site; make sure you do your due diligence and calculate out the costs associated with running one of the ads. Remember that Groupon, LivingSocial and Google Offers are all for profit businesses. They’re going to want to sway things their way while you’ll have to negotiate to make sure you aren’t left with a line of brides waiting to get a $40 cut.